Explanation the relation between heavy spot position and vibrations in displacement. Phase explanation. Understanding of that will help you in balancing jobs.

Let's imagine electric fan. It is not balanced.
It means the heavy spot exists. If the rotor would be one hundred percent balanced, then no vibration occurs. But in real world always some residual unbalance exists. So, everything vibrates.

We can see the rotating fan with heavy spot and its movement or its vibration as you wish. Next to the fan we draw the signal in time scale. It is like oscilloscope screen.

We can say, that where the heavy spot is during rotation, there is also maximum of displacement. By other words, the displacement is in phase with heavy spot position.

Now we explain the relationship between hot spot position and phase.
We use the displacement eddy current sensor.
The tacho sensor is used for measurement triggering. The red ray shines here on rotor.
We use the reflective tape. for tacho sensor.
When the tape is going through the red ray point, the light is reflected and tacho sensor creates the voltage pulse. This pulse triggers or starts the measurement.

For all measurement we use the Adash VA5 analyzer. You see the time signal and the amplitude and phase measurement bellow. It is amplitude and phase on speed frequency. The phase is difference between the trigger position and signal maximum.
Here we see the trigger marks or tacho marks as you wish.. It is the moments, when the reflective tape was going through the red ray point of tacho sensor. It happened one time each rotation.
The first trigger, which starts the measurement is in zero position.
Now we can see the maximum amplitudes of signal. And the phase is the difference between them.
Now we see the difference. It is the same for all displayed triggers. The difference is minus 74.4 degrees.
It is almost exactly one fifth of one rotation.
How to understand, that the value is negative? You see, that the trigger came 20ms before the signal maximum.
The speed is 10.3Hz.
The length of one speed rotation is 97 ms.
The difference between trigger and maximum is 20ms. It is one fifth of one rotation time.
It means it is also one fifth of 360 degrees and it is 72 degrees.
We just estimated the values, that is why did not get exact 74.4 value.
Now we decoded the value. But why minus. It is because the trigger time is less the signal maximum time. It means we need to deduct the value from signal maximum time.

The range depends of analyzer type. Some of them uses minus 180 to plus 180 degrees, others uses range from zero to 360 degrees. In Adash instruments you can choose your range.

Now we will look to the resonance. Everybody knows, that the phase is changing of 180 degrees when the speed is higher then first resonance frequency. In the movie the speed is lower then first resonance. You can see that the vibration and heavy spot are in phase. The highest positive displacement occurs just when the reflective tape and heavy spot are going through the red ray point.

Now probably many of you want to tell me that almost nobody uses eddy current sensors for balancing. Yes, you are right. But for basic explanation is displacement the best physical quantity. Everybody can imagine the displacement. I am not sure whether everybody can imagine acceleration. In next part of balancing secrets video I will show the measurement with accelerometer. I will talk about relationships between acceleration, velocity and displacement signals. 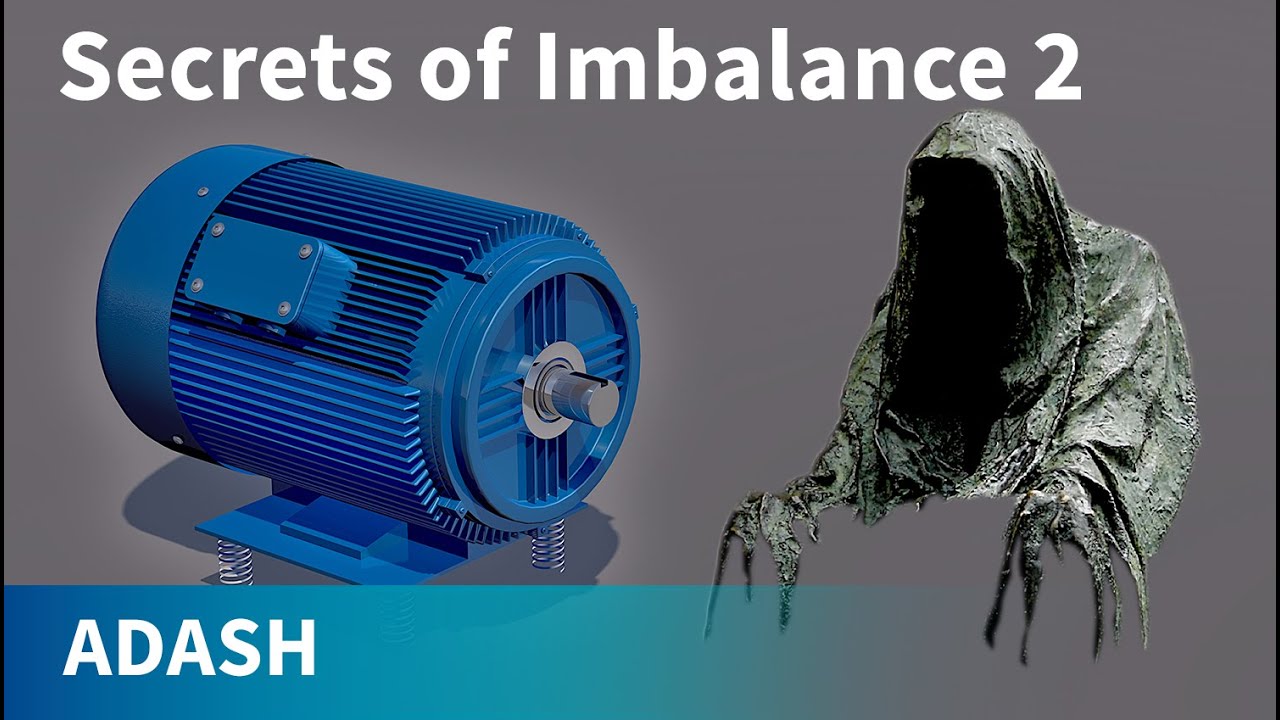 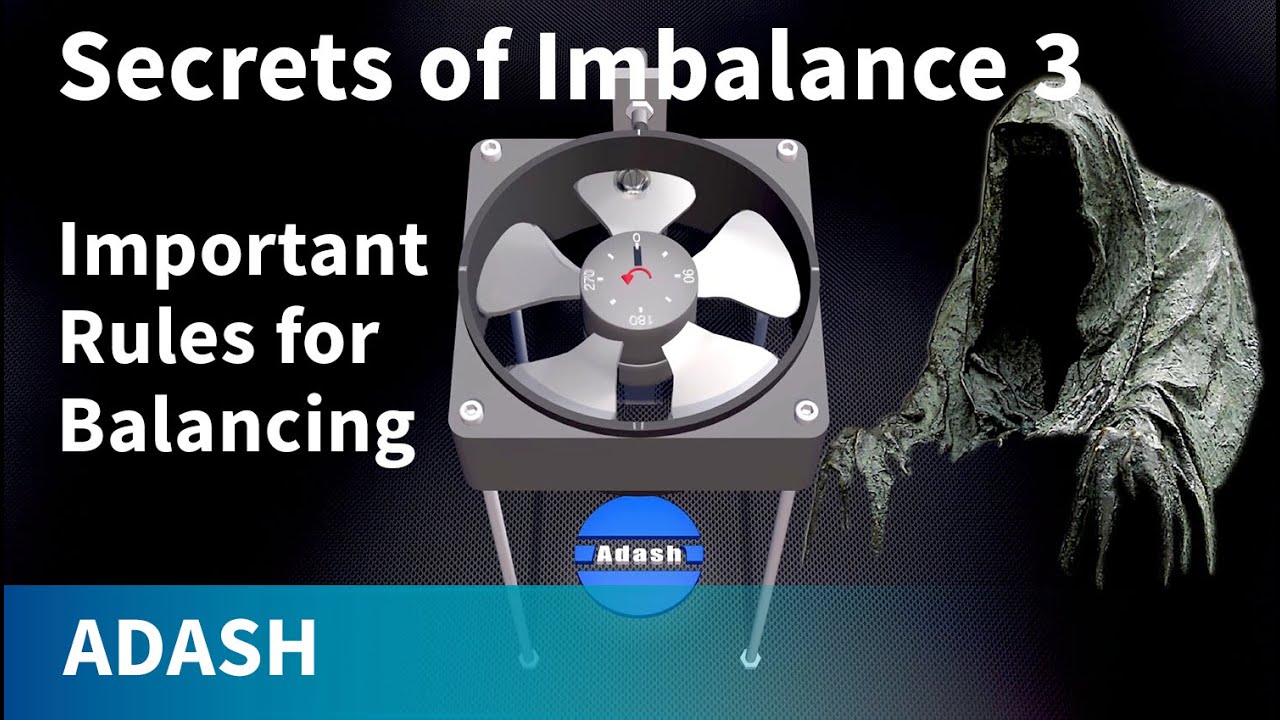 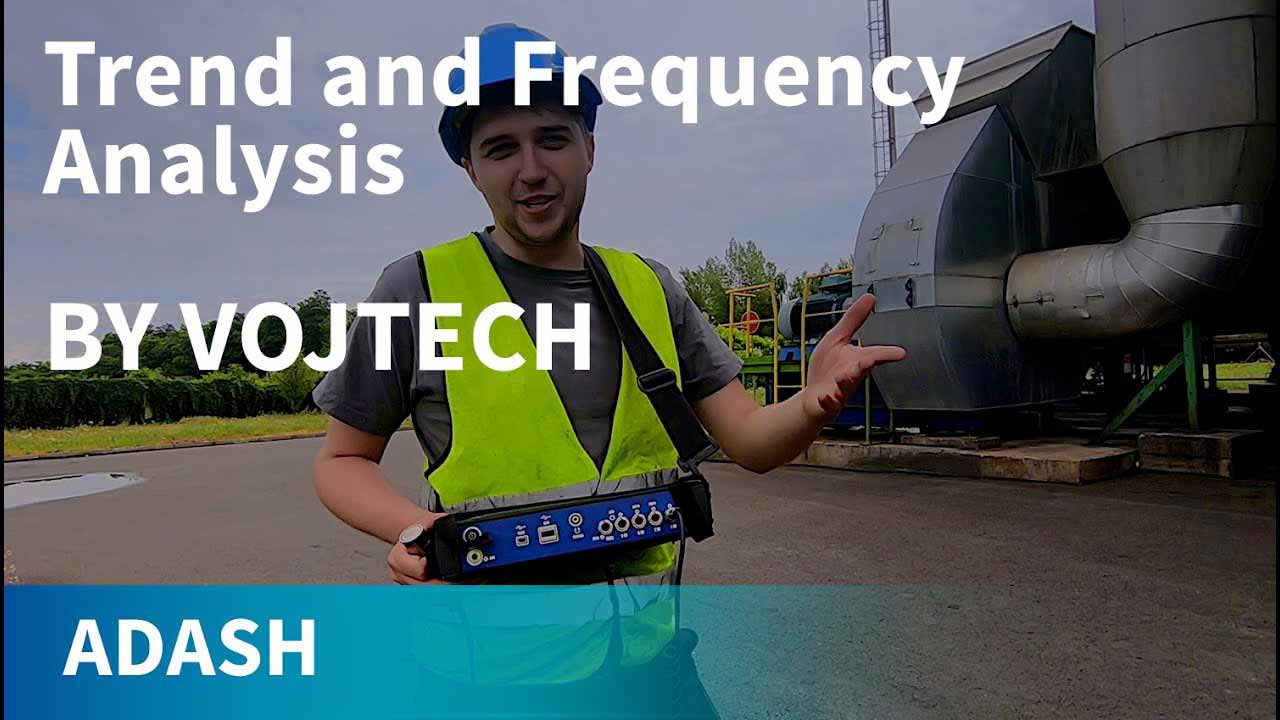